The Coronavirus Crisis: a humanities perspective

The Coronavirus Crisis: A Humanities Perspective

The Wuhan coronavirus crisis – or COVID-19, as the World Health Organisation encourages us to call it to avoid scapegoating a region or people – gives cause for reflection on the useful work humanities scholars have done on similar crises, and will in the future on this one. Can our work on past epidemics help medical workers, governments and society in general get to grips with what is happening at present?

As we analyse past epidemics using the methods of historiology or sociology, we bring a different sort of understanding of these diseases, compared to the work done by scientists or medical professionals. In my work on the social, medical, economic and political history of the 1918-19 or ‘Spanish’ (more scapegoating) influenza pandemic in Ireland, I became particularly engaged with Harvard historian of medicine Charles Rosenberg’s argument that the way societies develop an understanding of emerging large-scale epidemics of infectious disease has a consistent dramaturgy, a pattern which can be applied to just about all epidemic crises. He sees epidemic disease as having this social understanding, alongside its biological entity. As the Wuhan crisis continues to unfold, it plays almost uncannily into Rosenberg’s dramaturgy framework, and I thought it might be helpful to bring this work to a wider audience.

In Rosenberg’s dramaturgy, in Act I there comes the progressive revelation, with communities slowly acknowledging its presence. Only when the acknowledgement of disease becomes unavoidable is there public admission of its existence, with the public, physicians and authorities all reluctant to admit the presence of a potentially dangerous intruder. He argues that this reluctance comes from several factors: slowness to recognise the problem and assess its scale, a desire to prevent unnecessary panic, and because acknowledgement might damage economic or institutional interests.

In early summer of 1918, newspapers around the world were slowly beginning to reveal the existence of an alarming new disease, which turned the bodies of many victims purple. Many thought it associated with the Great War, but pondered on what it actually was. Perhaps plague? Doctors played it down, governments and their health authorities scarcely mentioned it in the first weeks, even though from the records it is quite clear they were aware of it, and the British War Office, for one, had long been monitoring for diseases coming back into the civilian population from the war, as usually happened with wars and returning soldiers. This mirrors the emergence of the Wuhan crisis: local doctors reported unusual disease patterns, but the Chinese authorities were clearly reluctant to publicly acknowledge the health threat. Outside critics, all too ready to remind us of controlling patterns of behaviour from the authoritarian Chinese government, have suggested this is because the Chinese government did not want to admit failure, but it may also have been out of an attempt to control unhelpful panic, and to protect the Chinese economy. Only when the presence of the epidemic became an inescapable truth was there public admission of its existence. 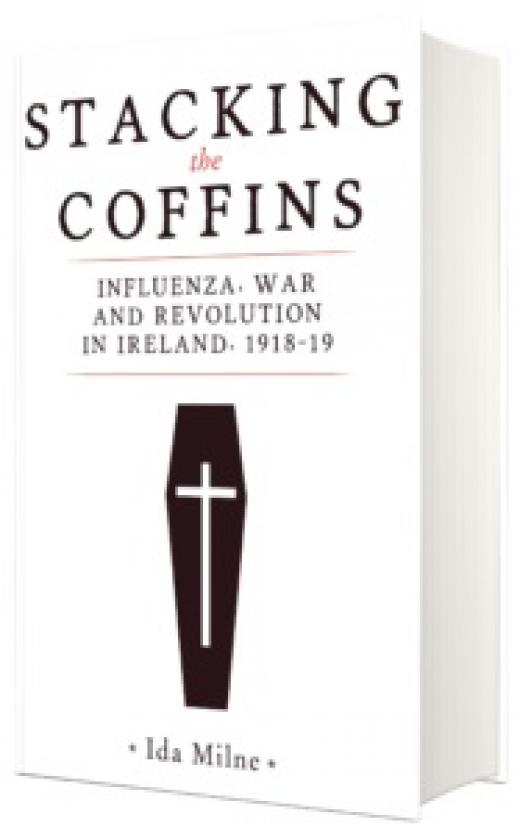 This first stage of an epidemic has acted itself out in different eras with epidemics of plague, influenza, cholera, yellow fever, and ebola. The stakes have always been high, Rosenberg says, as admitting there is a problem disease risks society turning into chaos. ‘Those who are able might be expected to flee contaminated neighbourhoods, while men and women remaining in stricken communities could be expected to avoid the sick and the dying. And disruption of trade and communication [is] certain.’ He observes that inexorably accumulating deaths and sicknesses have brought ultimate, if unwelcome recognition, in any severe epidemic. The conclusion to the first act is, he says, ‘increasingly ominous in mood.’

Fear and panic typify this stage of epidemics, when the exact nature of the disease is unknown, and cures have yet to be found. In 2009, when a dangerous new flu emerged in Mexico city, parents rushed to Benito Juarez Airport to get their children on flights to family in the US. Meanwhile, the usually crowded local buses were virtually empty, as most people stayed indoors and away from public spaces, for fear of catching the disease. Mexico’s tourism industry, worth $13.3 billion in 2008, was effectively shut down for months, even though the epidemic was far from many of the tourism regions.

In June 1918, the first of three waves of the Spanish flu pandemic began to take hold in Ireland. Newspapers had been warning of its imminent arrival for weeks, as it spread around Europe. Major panic broke out, as people puzzled over the best options for their families. Children were sent from the cities to family in the country, where it was hoped they would have a better chance of evading the disease. Adults huddled in groups out of the earshot of their children, worriedly discussing this terrible disease that was about to arrive. When it did come, sickness of workers caused businesses to shut or limp along with a skeleton staff, schools, courts and libraries to close, matches to be postponed. Hospitals and medical services were overwhelmed, and relied on charities setting up soup kitchens and nursing squads to feed and care for those too ill to look after themselves. Whole communities were paralysed, as the disease swept through, with people either too ill to venture out, or staying indoors to avoid catching it.

The conspiracy theories emerging about COVID-19 – my WhatsApp inbox is full of unidentified book pages claiming it escaped from a Chinese government bio-terrorism facility in Wuhan -- also echo this stage of other epidemics. The pages come from a Dean Koontz novel published in 1981, The Eyes of Darkness. Researchers of the 1918-19 influenza virus encounter claims that the disease was spread by Bayer, the German company (Germany being one of the Great War combatants) who had deliberately contaminated aspirin with it. AIDS researchers Laura Bogart and Sheryl Thorburn found that many African Americans believed AIDS was a disease produced in a US government laboratory to control the black population.

So what are the remaining acts that we may expect from the COVID-19 crisis?

Rosenberg argues that Act II in the dramaturgy of infectious disease epidemics is marked by the creation of a framework within which the disease’s dismaying arbitrariness can be managed; he calls it ‘Managing randomness’. Authorities struggle to get more control over the disease, and come to understand or even claim to understand that there are specific conditions that make some more vulnerable than others. This creates a sense of confidence in the public, as the enemy is no longer unknown and undefeatable. Arguments develop as to why some people are more likely to die. It might be environmental, or something to do with the health of local populations. In the last few days statistics emerging from COVID-19 tell us that men, over 60, who are smokers are more likely to die. And that the older Chinese male population tends to smoke. So we gain confidence that the rest of us – females or non-smokers, or the under sixty - are less vulnerable.

Act III is the negotiation of a public response. For Rosenberg, one of the defining characteristics of an epidemic was the pressure it generated for decisive and visible community response. He said that the adoption and administration of public health measures inevitably reflected cultural attitudes. Mass quarantine, the ability to build hospitals in a few days and to bring in thousands of army medical personnel to deal with the crisis would seem a positive expression of Chinese cultural attitudes and government authority and resources.
In Act IV, epidemics normally end by fizzling out almost without notice. The disease became endemic; the people had some degree of immunity. Yet the end of the disease provided an implicit moral structure that could be imposed as an epilogue. The epilogue, in Rosenberg’s drama, assessed the response of the community and its components to the challenge of the epidemic. Historians and others, he observed, tended to look back and ask what ‘lasting impacts’ epidemic disease events made and what ‘lessons’ had been learned. Did the dead die in vain? Had a heedless society reverted to its accustomed ways of doing things as soon as the event passed? Rosenberg said that often there was an implicit moral agenda to the scholarly interpretation of an epidemic, and that epidemics have always implied an opportunity for retrospective moral judgement.

In this, the Wuhan crisis is out of synchronisation with Rosenberg’s dramaturgy: the blame game has been there from the beginning on this one, as outsiders constantly attacked the lack of transparency of the Chinese government, and criticised the Hubei province and Chinese government management of the epidemic. How valid these criticisms are will only become clearer as we look back with a fuller set of facts sometime in the future. In recent days, outbreaks in new countries like Italy increase both the likelihood of a pandemic and of public panic, which needs to be managed with helpful information. Meanwhile, we await the worst, and hope for the fizzle. 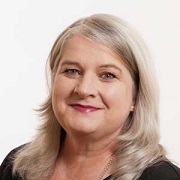 Ida Milne is a social historian whose primary research interest is in the 1918-19 influenza pandemic, which killed more than 50 million people globally, and more than 23,000 in Ireland. Her monograph, Stacking the Coffins, Influenza War and revolution in Ireland 1918-19 was published by Manchester University Press in 2018, and has been named as one of Choice Reviews Outstanding Academic Titles of 2019. She lectures in European history at Carlow College and is a Visiting Fellow at the School of Histories & Humanities TCD.