Connell and Marianne, courtesy of Hulu

Normal People broke the RTE player records – proving more popular than the much-lauded gritty crime drama ‘Love/Hate’. What is it about two very average, overly intelligent people from Sligo, and a silver necklace, that captured the public imagination? And led Kourtney Kardashian to tweet an appeal for a second series? Sally Rooney’s award winning novel certainly encapsulated the zeitgeist as the world entered into lockdown.

Rooney’s writing is like the marmite of the literary world, lauded by some, and dismissed by others. Her pared back minimal style sets her apart from some recent Irish literary fiction successes. There is none of the narrative gymnastics of Eimear McBride’s A Girl is A Half-formed Thing, or the beautiful descriptive prose of David Park’s Travelling in A Strange Land. Instead Rooney opts for the bare bones of the story, allowing just the characters to be. In fact, the location manager of the adaptation, told The Irish Times, that her lightly sketched locations allowed for real freedom in filming.[1] There is nothing extra to get lost in or be distracted by in her written work – which has a minimalistic joy itself. The lack of punctuation in her dialogue, or use of email conversations is nothing new in contemporary fiction, and her love stories have been compared to Austen[2]. So what is it about this writer of ‘post’-postcrash fiction that has made her so popular?

Unlike many of her contemporaries the crash and the Celtic Tiger very much feature in the background of her stories – this is no Solar Bones trying to grapple with what Gerry Smyth called the ‘extreme assault’ on Irish identity[3]. And while the book Normal People contains one solitary reference to a ghost estate, it is telling how far we’ve come since 2011, when that estate is no longer included in the TV adaptation, and replaced by an unfinished one off rural house. Other slight signifiers of Ireland’s property boom and bust, like her property developer boss, or Jamie’s ‘new money’ wealth, have been removed from the adaption. This adds to the scant nature of her narrative, making the material safer, more universal. This is firmly about Connell and Marianne, and while they might from time to time discuss ideologies, we can’t get distracted by political, cultural or social events or the reality of present day neo-liberal Ireland.

This is what makes it such good Covid television. Unlike the chaos of the outside world presently, Normal People was like a form of slow television. It is the series equivalent of waiting for your sourdough starter to mature. There was nothing here to remind you of the pandemic, and the style allowed you to completely invest in the slow, silent, soft colour palette of two young, beautiful people trying to make it in a world without a coronavirus. This intimate story offered universal themes, of love and loss, and Irish specific cultural references like the debs, and a shared bag of opened crisps on the pub table. It even had the old ‘normal’ leaving cert. As Maria Tivnan suggests there is an ‘intangible draw’ for us in the familiarity and current strangeness of ordinary life.[4] Something comforting in a simple introspective love story. There’s nothing unexpected here, no John McCain jumping out of the shadows, no ‘Winter is coming’, no missing Baskin husband, no pandemic. It’s like a warm blanket, with more sex, and GAA shorts.

This is a very simple, and common, story of growing up in rural Ireland, and moving to the big city for university. It’s my own experience, growing up in very, very, rural Ireland, and suddenly finding myself in a classroom with more students than the population of my local village. It is the story of leaving your small town, and having the opportunity to reinvent yourself like Marianne. Or become lost, like Connell. Rooney refuses to be trapped by the clichés that are too often used in representations of rural Ireland. Still including those rites of passage, like the debs, the CAO, the secondary school cliques and losing your virginity, she maintains a respect for the reality of rural Ireland without bending to the ideal of the purity of West. I wonder had she set her story in Dublin, would Joe Duffy’s Liveline have been as animated over the consensual sex of two Dublin teenagers? 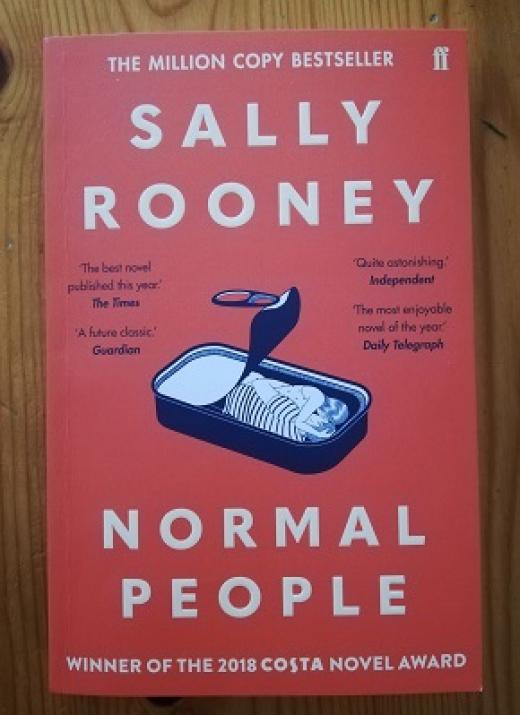 Rooney enjoys playing with these clichés. And where she excels is with Lorraine, Connell’s mother. Irish literature is filled with ‘Irish mammy’ stereotypes, that are as outdated as immersion jokes. Working class mothers are often further pigeonholed, but Lorraine is a really well fleshed out character and the TV adaptation really does her justice in Sarah Greene’s performance. And Denise, Marianne’s mother isn’t shown in a critical light for her career, but for her behaviour and silence. These portraits add to the cultural representations of motherhood in Irish cultural texts. However, rather than fully delve into the class issue at the heart of Normal People, the TV adaption sidesteps these issues so central to Connell’s struggles, and so oblivious to Marianne. Class plays an integral role in the choices they can make, and therefore how they interact. Their breakup in the first summer of university would not have happened without class structures. Frances Hatherley has written an excellent piece on Red Pepper about the cultural representations of cross-class relationships and the stereotypes at work here. Connell’s ‘fish out of water’ presentation is often portrayed by his silence, meaning as Hatherley points out, the adaptation missed the chance ‘to show viewers how working-class intelligence looks and sounds, and its difference from middle-class students’ rote repetition of received opinions and posturing[5].’ But such additions would have required more from the text, and brought a political dimension to a somewhat safe love story.

Narrative clichés too make Normal People easy to read and watch, because you know what to expect. One such cliché Rooney returns to is wealthy characters with a holiday home in sunny beautiful continental Europe. This plot device appears in both Conversations With Friends and Normal People. And here, because of the lack of overt discussion of class and wealth, the house seems completely at odds with Marianne’s wealth. The TV adaptation wallowed in these clichés, with plenty of wide establishing shots of the beautiful Italian countryside. Particularly painful was the moment Connell walks out the back of the Italian villa to find Marianne among the sheets blowing in the wind. It is an image that is so overused and outdated that it loses credibility. Each of the clichés was styled with a different dress for Marianne. A white one to hang up her washing, another for preparing the fresh fruit, one more for that cycling montage, and finally something even more feminine to wear during the awkward dinner. (No wonder she’s constantly hanging washing on the line.) All it was missing was an appearance from Julia Roberts to remind us to eat, pray, love. (In fact this is the same property used in that film!) The traditional setting followed through to the performance of gender in the scenes, where the women cooked and waited on the men at the table.

The choices the adaptation made were interesting. Thankfully, the casting was diverse, but could have easily been more so. Rooney never mentions race or ethnicity so the casting was wide open here. Our cultural texts need to make a commitment to be more culturally diverse and culturally representative, and avoid stereotypes and clichés of race and ethnicity. In places, the show Normal People did this so well, however, one glaring omission was Joanna’s relationship. Joanna and Niall are two of the most well adapted, likeable characters in the book and show. Both of them offer support and true friendship for Connell and Marianne. Niall is the reason Connell attends a therapist. He brings him inter-railing around Europe. He offers a contrast to the upper-class Dublin centric Trinity cliché, and has what seems to be a strong and stable relationship with his girlfriend. Joanna is the same for Marianne.  This adaptation becomes so heteronormative, with only heterosexual relationships populating the screen. While Johanna and Evelyn’s relationship is mentioned only briefly, in this novel it is important. Joanna and Evelyn represent a stable relationship, something Marianne is not accustomed to, and in her journey this is essential.  There are so many discussions about gender, love, and consent in the novel, and the adaptation seems to brush over opportunities to add more depth to the text.

Normal People as a novel is minimal, with flashes of depth and complexity that suggest more to come from Rooney. With a very successful series and two bestselling novels under her belt, she now has the opportunity to let loose and delve deeper into some of the issues that have populated her novels, like class, gender, rural Ireland, neoliberalism, free speech, mental health and consent. It will be interesting to see where she goes next, and where in Europe that holiday home will be located! 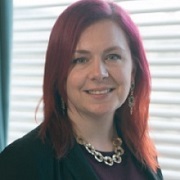