Pandemic fiction and Covid-19: Finding ‘solace [in] the narration of misery’

In an article advocating for including humanities and social science research in our response to the Covid-19 pandemic, Daniel Carey convincingly argued that we need to understand the economic, social and political conditions underpinning the crisis. In a brief reference to the cultural sphere, he commented that ‘[t]he arts have taken a backseat, by and large, but how have people accessed culture in the time of crisis and, perhaps more importantly, why do they continue to do so?’ In this piece on fictional representations of pandemics, I’d like to try to suggest a few possible answers to the latter question.

The pandemic period has witnessed a huge upswing in streaming service subscriptions and viewer numbers, and in online book buying: for example, the Guardian reported a 35% rise in the sales of paperback fiction in the week to 25th March 2020, with a notable interest in ‘challenging classics’. So, it might be more properly stated that while the need for cultural scholarship to be included in the pandemic response has not been sufficiently recognised, rather than culture taking a back seat at this time, it is clear that people are turning to fictional cultural works in large numbers. An obvious reason for this turn to fiction is the distraction it provides from harsh current realities. But fictional works can do far more than this, offering us ways to think through complex hypothetical scenarios, as cognitive literary theorists like Keith Oatley and David Herman suggest, and providing a solace of sorts as well, as discussed below. Writing in 1762, long before these literary theories, French critic Denis Diderot captures some of the possibilities offered by imaginative literature in his exuberant account of reading Samuel Richardson’s novels:

In the space of a few hours I had been through a host of situations which the longest life can scarcely provide in its whole course. I had heard the genuine language of the passions… I had become privy to a multitude of incidents and I felt I had gained in experience.

One strand of literature that is of clear relevance to the current coronavirus crisis is that which is already being referred to as ‘pandemic fiction’. And, indeed, sales of classic contagion novels, such as Albert Camus’s The Plague (1947), have dramatically increased, while pandemic movies such as Outbreak (dir. Wolfgang Petersen, 1995) and Contagion (dir. Steven Soderbergh, 2011) have experienced huge spikes in viewership in recent weeks. Pandemic fiction has a long history as imaginative writers across the centuries have offered us fictional versions of plagues and epidemics, often in response to real-world outbreaks of infectious diseases. A recent IHA blog piece by Enrico Dal Lago compares our current situation with that of the 1630 Bubonic Plague of Milan through the lens of Alessandro Manzoni’s famous 1842 novel about the outbreak, The Betrothed. As Dal Lago’s approach demonstrates, fictional works like Manzoni’s can help us to reflect on our current situation and find ways to place it in context.

A key pandemic fiction forerunner, with many parallels to our current situation, is Mary Shelley’s poignant, elegiac account of humanity’s passing, The Last Man (1826), which intrudes insistently on my thoughts these days. In Shelley’s future history, a highly infectious, lethal disease gradually kills off the whole human population, bar a single survivor, Lionel Verney, who lives to tell the tale. While Shelley’s far better-known Frankenstein (1818) warns about the destructive potential of human scientific achievement, The Last Man relentlessly demonstrates the insignificance of human endeavour in the face of a naturally occurring cataclysm. And in doing so, it mocks Enlightenment conceptions of humans as ‘lords of the creation, wielders of the elements, masters of life and death’ (The Last Man (OUP, 1998), 230).

What makes The Last Man feel so relevant is that its first half focuses not on ‘the plague’, but on the struggles of a newly formed twenty-first century English republic to achieve egalitarian reforms, with the progress of the disease impinging only gradually on this inward-looking society. First come rumours of a virulent disease in far distant regions, which seem mildly concerning but of little real relevance to the cast of characters enmired in their day-to-day concerns: ‘small attention was paid to those accounts which declared more people to have died there [in the East] already’ (175). The parallels with the initially uninterested responses of many Western societies, similarly enmired in contentious domestic and interregional politics, to news of the Covid-19 outbreak in China and the Far East are obvious. As with our recent experience, the fictional disease slowly comes closer and closer, reaching Europe and finally England, where the novel is set. Then the plague takes centre stage as Shelley charts its wholesale destruction of English society, a trajectory that seems, in its initial stages at least, to be chillingly close to our own current experience:

We feared the coming summer. Nations, bordering on the already infected countries, began to enter upon serious plans for the better keeping out of the enemy. We, a commercial people, were obliged to bring such schemes under consideration; and the question of contagion became matter of earnest disquisition… The evil was so wide-spreading, so violent and immedicable, that no care, no prevention could be judged superfluous, which even added a chance to our escape. (231)

As several scholars have observed, one inspiration for Shelley’s scenario was a major 1817–24 cholera outbreak, which spread westwards from India to the Caspian Sea, achieving pandemic proportions through following the trade routes of an increasingly globalised world. During this period, it caused growing concern in Britain where reports of its lethality circulated, as Fiona Stafford discusses. Shelley’s fictional plague trajectory followed this real-world path, giving it chilling plausibility for her contemporary readers, as well as for those of us reading now. 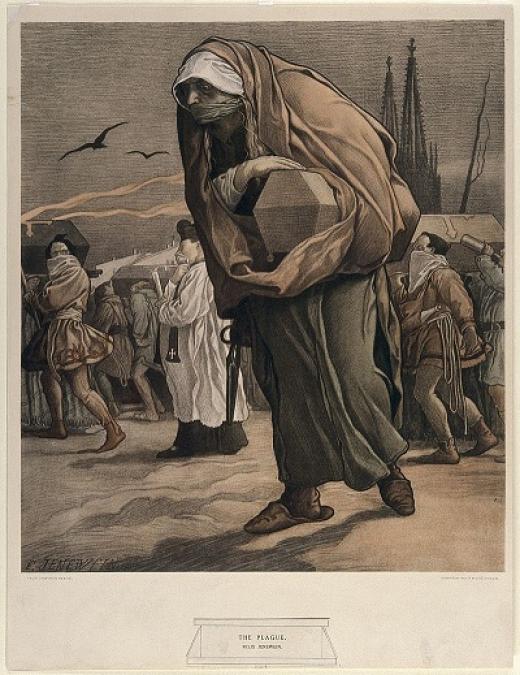 Another provocative similarity between Shelley’s fictional scenario and our current experience is the suggestion that a portion of blame for the outbreak adheres to humanity. Although Shelley’s plague is naturally occurring, her narrator seems to implicate both Enlightenment hubris and incipient globalised consumerism in its spread:

[N]ow is man lord of the creation? Look at him--ha! I see plague! … Lie down, O man, on the flower-strown earth; give up all claim to your inheritance, all you can ever possess of it [the earth] is the small cell which the dead require. … Of old navies used to stem the giant ocean-waves betwixt Indus and the Pole for slight articles of luxury. Men made perilous journies [sic] to possess themselves of earth's splendid trifles, gems and gold… Plague sat paramount the while, and laughed us to scorn. (316)

Shelley’s recognition of the interdependence between the human and non-human worlds, here and elsewhere in the novel, in some senses anticipates contemporary theories linking human activity to the outbreak of zoonotic diseases like Covid-19. Current scholarship implicates a range of economic practices like the lucrative global wildlife trade, agricultural intensification, deforestation and urbanization in these outbreaks. As a result of destructive human incursion into primary forest, Rob Wallace argues, ‘many … new pathogens previously held in check by long-evolved forest ecologies are being sprung free, threatening the whole world’. The proto-ecological strain in Shelley’s novel is also evident in her account of ‘nature’s’ resurgence at humanity’s ‘fall’ (315), which as Kari Lokke points out, differentiated Shelley’s work from more anthropocentric contemporary extinction-themed tales which dispatched the non-human world along with humanity. There is a resonance here with contemporary environmental concerns, most pressing of which is the need to incorporate climate action and environmental regeneration into the longer-term Covid-19 response.

The spectre of species extinction within a single human generation presented in Shelley’s conclusion is far more extreme than any we will have to face, of course, and prompts questions like, why would anyone want to read such a nihilistic text? What do we gain from living imaginatively through such an extreme scenario as Shelley’s? And why might we want to consume pandemic fiction in a time of actual pandemic?

For Shelley herself, The Last Man is often interpreted as helping her to work through her grief at the extraordinary losses she suffered in her personal life, including by 1822, her husband and two of her children. This prompted her to declare an affinity with her protagonist Verney as she composed the novel: ‘The last man! Yes, I may well describe that solitary being’s feelings, feeling myself as the last relic of a beloved race, my companions extinct before me’ (MS, Journal, 14 May 1824).

The novel itself muses recurrently on the power of fiction to distract and soothe the troubled mind, describing the survivors’ staging Macbeth ‘to forget awhile the protracted scenes of wretchedness’ in ‘the wildness and supernatural machinery of Macbeth’ which ‘took us out of this world’ (281-2); or noting the survivors’ preference for imaginative ‘fiction, which wander[ed] from all reality’ (431) and did not invoke present woes. The novel’s unnamed framing narrator, who has been recently bereaved, explicitly attempts to account for the comfort he derives from editing Verney’s tale despite its horrors:

[H]ow I could find solace from the narration of misery and woeful change? This is one of the mysteries of our nature … I confess, that I have not been unmoved by the development of the tale; and that I have been depressed, nay, agonized, at some parts of the recital… Yet such is human nature, that the excitement of mind was dear to me, and … the imagination … softened my real sorrows and endless regrets, by clothing these fictitious ones in that ideality, which takes the mortal sting from pain. (7)

This accords with current theories on the benefits of reading tragic literature which evokes one’s personal tribulations, including David Miall’s finding that it can ‘ameliorate our experience of negative emotions’. Similarly, Emy Koopman shows that such representations can help readers ‘to reflect on and contextualise [difficult] experiences’, providing comfort and insight and the sense that one is ‘not alone’. Shelley’s survivors’, however, show a marked preference for literature that distracts from rather than evokes their own experiences, and contemporary work on ‘bibliotherapy’ provides evidence that this is also the case for many real-world readers experiencing adversity. Emily Troscianko’s work demonstrates that reading in one’s preferred genre can have positive effects such as gaining insight and feeling less alone, and Liz Brewster shows that easy-to-read crime fiction can bolster a sense of well-being. What this body of work demonstrates overall is the potential for meaning and comfort to be derived from reading fiction.

One result for me of thinking about our current situation through a novel, like Shelley’s, from a previous era, is considering questions of periodisation. Ideas of both a long eighteenth century (sometimes dated between 1688 and 1832) and a long nineteenth century (from about 1789 to 1914) are fairly common in literary and historical scholarship. And they turn on conceptions of the periods in question as sharing relatively stable social, cultural, economic and political characteristics which persist beyond the arbitrary century boundaries. Such periods are often considered to have been terminated by major historic events, with the First World War seen as marking the conclusion proper to nineteenth-century structures of feeling, for example. From this perspective, it seems likely that the Covid-19 pandemic will be the event that marks a similar shift into the twenty-first century proper from what can be thought of as a long twentieth century. Whatever is to come, this shift will probably be accompanied in the literary sphere by a new genre of pandemic fiction which is no longer speculative. 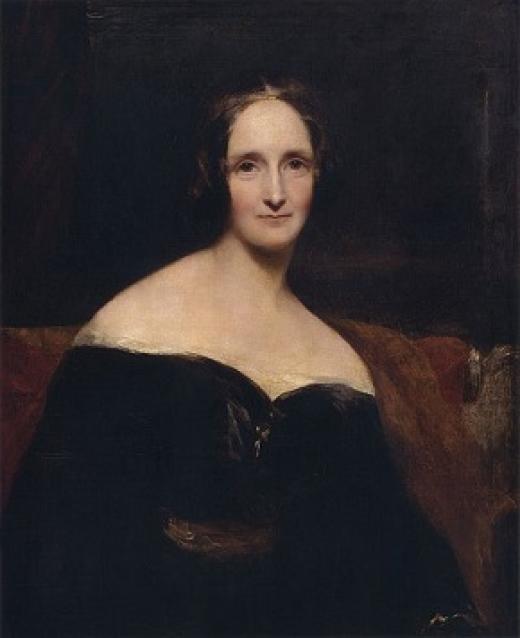 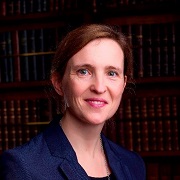 Ailise Bulfin is a literary and cultural scholar whose research ranges from the nineteenth century to the contemporary period, with publications on xenophobia, invasion scares, catastrophe and climate change, including the 2018 monograph, Gothic Invasions: Imperialism, War and Fin-de-Siècle Popular Fiction. She lectures in Victorian and Modern Literature in the School of English, Drama and Film, University College Dublin, and is an Honorary Research Fellow in the School of Medicine, Trinity College Dublin