Even those of us who understood the capacity of Putin’s regime for deception and violence, both abroad and in his own country, were shocked to wake up on Thursday morning to the news that a full-scale Russian invasion of Ukraine had commenced. But it was of course clear all along, unhidden and in plain view. The now notorious ‘long table’ summits with European leaders were merely an attempt to buy time, as were the carefully-scripted and stage-managed head-to-heads between Putin and his closest aides. Now that the invasion has begun in earnest, -now that it is too late - we are starting to realise just how cynical the diplomatic posturing was. And how meticulous the preparations were.

This includes the rationalizations and justifications for the invasion that Putin has deployed alongside his soldiers. These too are attempts to undermine the sovereignty and the independence of the Ukrainian state. Putin, experienced in post-modern and hybrid forms of warfare, understands well that twenty-first century conflict is most effectively prosecuted not just through military means but through digital and media messaging too. As a precursor and accompaniment to the invasion he has promoted a succession of bogus security and political nostrums that, he claims, only a military intervention can cure. In Putin’s media and political rhetoric, Ukraine has been transformed into a chimera. Putin’s Ukrainian chimera has three aspects: an international, an historical, and a political.

The first, the international, has been linked by Putin to NATO expansion. Putin has long insisted that his military actions are a natural consequence of the western military alliance’s creep closer to Russia’s borders. In Putin’s narrative, which is a mainstay of his foreign policy rationale, the Soviet leadership at the end of the Cold War naively accepted assurances from western leaders about the disappearance of military blocs, taking them on good faith and dismantling its own security alliance, the Warsaw Pact, only to discover that the west would maintain NATO and find for it a new role in the new world order. Now Putin claims he must defend Russian security by waging war abroad. It suits him to imagine that even though the Cold War is over Cold War logic still applies in Central and Eastern Europe. Thus, small states only have diminished sovereignty and agency in international affairs, they are mere pieces on a chess match played out between more powerful forces. His impossible demands for assurances from the US that Ukraine would not become a NATO member are evidence of this. It is not the US’s decision to take, nor Russia’s neither. Putin’s complaint about NATO expansion is really an expression of his desire to maintain a sphere of influence beyond Russia’s borders.

The second part of the chimera is historical. In a rambling televised speech last week, what we now know to be a preamble to his invasion plans, Putin evoked a strange alternate history of Ukraine. In this version, the country’s identity was reduced to a figment of Bolshevik imagination: there was no Ukraine as such until Lenin, Stalin, and the early Soviet leadership alchemized it into existence in the context of the Russian empire’s revolution and civil war of 1917-1921. That act, so Putin’s story goes, meant also the severing of an essential part of the Russian body politic: Ukraine was Russia until the Bolsheviks cut it adrift. Ukraine was thus an artificial creation of a dead political order. It goes without saying that reducing Ukraine’s national past to an act of fiat on the part of the Bolsheviks is an absurd re-writing of the historical record. But in linking modern Ukraine to the discredited political order of the Soviet Union, Putin was also effectively discrediting the idea of Ukrainian statehood altogether, undermining its sovereignty as an independent country.

Finally, there is the political dimension. On the morning of the invasion, Putin ominously claimed that his objective in Ukraine was to ‘demilitarize’ and ‘de-Nazify’ the country. The charge of Nazism is not new: ever since the pro-European and pro-democratic protests of 2013-2014 brought to power a government in Kyiv less amenable to Putin’s will he has made strenuous efforts to depict pro-western governments in Ukraine as part of a right-wing military ‘junta’ intent on imposing a neo-Fascist order in the country. In doing so Putin largely contradicts his claims about Ukrainian statehood as a Soviet invention, choosing instead to emphasize the supposed historical continuities between present-day Ukraine and its government and the military-political group of Stepan Bandera, the radical faction of the Organisation of Ukrainian Nationalists. The members of this group were guilty of collaboration during the Second World War and of massacres against Poles and Jewish Ukrainians. They were, needless to say, staunchly anti-Communist. This has some resonance in Russia itself, where the anti-Fascist victory of the ‘Great Homeland War’ of 1941-1945 is a central component of national memory in Russia. That rhetorical move effectively states the conflict in Ukraine in terms instantly comprehensible and relatable to those looking for moral echo from the past in today’s conflict: this is not an invasion of one sovereign country by another, but a renewed front in the ongoing battle against fascism.

The extent to which ordinary Russians accept the existence of this Ukrainian chimera and the need for a Russian Bellerophon to slay it remains to be seen. The invasion is a significant amplification even for Putin, whose reputation is in large part based on his willingness to use force against Russia’s putative enemies domestically and internationally. In his two decades of rule we have come to associate the regime entirely with Putin. But the complex military, political, and economic consequences of the war may yet reveal cracks in the inner circle, a sense that Putin – heretofore a rational if cruel and cynical actor – has overstepped his mark. Perhaps this is all wishful thinking. Perhaps. Or perhaps Putin has conjured up a chimera that he cannot so easily vanquish. 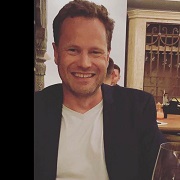 Dr John Paul Newman is Associate Professor in Twentieth-century European History, Maynooth University. He is interested in the modern history of the Balkans and East-Central Europe, with a particular focus on Yugoslavia, Bulgaria, Macedonia, and Czechoslovakia.