The Road to Europe: The 1972 Referendum on EU Membership

The referendum on Ireland’s accession to the then European Economic Community, held on 10 May 1972, fifty years ago this week, was the culmination of a decade’s long effort to modernize the country. That process of change, kickstarted by Séan Lemass and others in the late 1950s, took place not only in the shadow of the EEC’s creation in 1957 but in wider economic and political transformations in Western Europe. Domestic economic planning could not ignore these developments and, very quickly, the Lemass government found itself, largely by default, having to make significant decisions about the country’s future.

In the early 1960s, the motion at a student debate at University College Dublin asked whether it was better to be tied to the apron strings of Britain or to the purse strings of Europe. At the same time, more serious minds in policymaking circles inside government were grappling with a related conundrum. By 1960, Western Europe had been, economically at least, divided into two trading blocs – the EEC and the European Free Trade Association – with Ireland outside both. Diplomatic soundings made clear that London was about to abandon its well-known apathy to the EEC’s version of integration, exit the EFTA and make a move in the direction of Community membership.  The Lemass government had to decide how to respond. Civil servants concluded that if Britain joined the EEC while Ireland remained outside, ‘we might find ourselves a political, as well as an economic, anachronism in the midst of the world’s largest political and economic entity, isolation from which would tend to perpetuate the division of Ireland.’[1] In late July 1961, Ireland became the first country to seek to join the EEC, followed days later by Britain and Denmark. Two years later, Charles de Gaulle, president of France, vetoed British accession and repeated that veto in 1967. Dublin, on both occasions, concluded that pursuing membership alone while London remained outside was economically unwise (Denmark and Norway came to similar conclusions). By late 1969, however, the wheels were fully set in motion in preparing for Ireland’s third shot at membership. The political climate in Europe had changed in the preceding months; de Gaulle resigned the presidency in April while his successor, Georges Pompidou, was less hostile to British entry (and by extension the accession of Denmark, Ireland and Norway following in on London’s coattails). Negotiations between Dublin and Brussels started in mid-1970 and were, for the most part, relatively straightforward.[2]

It is hard to pinpoint the exact start of the referendum campaign. The ‘Yes’ campaign, for example, began to take shape in late 1970, while accession negotiations were ongoing in Brussels, when civil servants in Iveagh House became alarmed at the amount of publicity that the ‘No’ campaign was receiving which prompted Patrick Hillery, as Minister for Foreign Affairs, to insist that the time had come for the wider cabinet to speak out publicly in addressing the benefits of Community membership. Indeed, the Department of Foreign Affairs played a key role in planning the domestic publicity campaign, which took the form of ministerial speeches, pamphlets/booklets, leaflets targeting specific industries and newspaper articles where journalists would be encouraged to write with assistance from the government. Hillery was determined to use all branches of government to advance what would become the ‘Yes’ campaign. Added to this was the creation of the EEC information service, another tool to counter the anti-Common Market campaign which, according to one senior civil servant, was ‘causing increasing damage and is resulting in some scepticism about the value of entry into the Community.’[3] Market research was conducted, the results of which were used to promote the government’s EEC policy, dis-information was countered by ministers and radio and television were exploited to maximum effect. Popular television programmes like the Late Late Show and Seven Days were seen as crucial in reaching a wide audience while radio programmes like the Nolan Hour would ‘afford an opportunity to reach the housewife.’[4]  Taoiseach Jack Lynch and Hillery were largely the public faces of the ‘Yes’ campaign and both crisscrossed the country promoting accession; there was hardly any interest or sectoral group that the two did not speak directly with. During the campaign, lines were completely blurred between the Fianna Fáil party policy position and government policy; these were one and the same. Both Lynch and Hillery had an absolute clear conviction, namely that Ireland’s future squarely rested as a full member of the EEC.

Government speeches painted a bleak picture of life outside the Community if Ireland voted ‘No’ while they frequently talked up the significant benefits the government believed were ready to flow in the country’s direction immediately upon accession. Rejecting membership meant ‘throwing in the towel’, of asking the people of Ireland to adopt a vow of poverty for the future, possibly copper-fastening the partition of the country and increasing its dependence on Britain. Lynch bluntly asked in one speech ‘can any Irishman seriously want this?’[5]

Unshackling the country further from economic dependence on Britain was a theme that resonated with the wider public and was one that made frequent appearances in ministerial speeches. The Taoiseach challenged the ‘No’ campaign’s slogan - ‘Keep Ireland Free’ - claiming that it was dishonest as it was bogus, as a crude attempt to deceive and frighten voters to keep the country dependent on London, which he argued had proved a ‘serious handicap to us over the past fifty years.’ Speaking to Fianna Fáil activists three weeks before the historic vote, the Taoiseach made clear that the decision to be made on 10 May would ‘be recorded either as an unprecedented opportunity which we chose to grasp with incalculable gain or which we chose to throw away with irreparable loss.’[6] Hillery, Ireland’s ‘Mr Europe’, argued that membership would mean Ireland would be in the best position to achieve ‘our national aims of full employment, an end to involuntary emigration and a standard of living for all our people comparable to that enjoyed by our neighbours in Western Europe.’[7] The government had a clear advantage over those opposing accession; the full resources of the State were geared towards promoting membership. The benefits outweighed any possible disadvantages and, to this end, Lynch, Hillery and other ministers, crucially supported by a pro-accession civil service, left little doubt in the minds of voters that the country’s future was very much as part of the EEC and not in isolationist limbo on the outside.

With the Fianna Fáil government and Fine Gael calling for a ‘Yes’ vote, it was then left to the ’No’ campaign, largely fronted by Labour, Sinn Féin and some of the trade unions, to highlight the possible drawbacks and to add a semblance of balance to a very lopsided campaign, although both parties had radically different views on EEC membership. Labour, for example, advocated associate rather than full membership, at least in the interim, arguing that it would give the country more time to dismantle protectionist measures and the State could then continue to provide economic support measures to industry. The Irish Congress of Trade Unions (ICTU) had, from the outset of the accession negotiations, called on the government to publish more detailed analysis of the likely impact that membership would have on the country; one ICTU motion made clear that the government had not ‘sufficiently fulfilled its obligations to the Irish people’ in making clear why it was seeking to join the EEC.[8] By early 1972, nine of the thirteen unions under the ICTU umbrella were opposed to membership. On the eve of the May referendum, the ICTU estimated that 30,000 jobs would be lost after accession to the Common Market (the government had predicted job gains of 50,000 by 1980). Another key group opposing membership was the Common Market Study Group, whose membership was a ‘who’s who’ of the Irish labour movement or those on the left of Irish politics, including Michael D. Higgins, Austin Clarke, John B. Keane and Augustine Martin. Central to the group’s arguments was that there was an alternative to membership and that the supranationalism of the EEC was the exact opposite to genuine internationalism. Moreover, it stressed that the Community demanded the suppression of national sovereignty and independence of small states and that Ireland would be committing herself to possible defence commitments as part of ‘a nuclear power bloc.’[9] Membership too, the group believed, would lead to a significant decline in rural Ireland with a massive reduction in the number of farms and, subsequently, a rise in unemployment. The agricultural benefits, doggedly promoted by the government, would, they argued, be slight and transient; in short, joining the EEC would ultimately destroy the fabric of Irish life.[10]

The electorate, then, was presented with either accepting the status quo or embracing fundamental (and historic) change. On 10 May 1972, just over 1.2 million people voted on the membership question and, of these, 1 million accepted the reality of change by overwhelmingly voting to join the EEC. Throughout the campaign, and indeed throughout the preceding decade, membership was presented to the Irish public as a way of moving beyond the country’s troubled history with its nearest neighbour. Promises of massive job creation, an end to years of emigration, unlimited opportunities for industry and increased financial supports for rural Ireland (through the Community’s Common Agriculture Policy) made membership an incredibly appealing prospect. In the end, when faced with remaining tied to the apron strings of Britain or to the purse strings of Brussels, Ireland chose Europe.

[7] Trinity College Dublin, Official Publications, speech by Hillery to the Association of Advertisers in Ireland, 20 April 1971.

[10] Raymond Crotty, The consequences and the alternatives (Dublin, 1970). 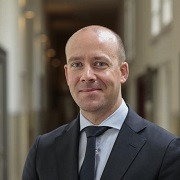 Prof. Michael J. Geary is Professor of Modern History at the Norwegian University of Science and Technology (NTNU). He will be a visiting professor at UCD’s School of History in the Fall 2022 working on a new monograph that examines the first two decades of Ireland’s membership of the European Union (1973 – 93). He holds a Ph.D. in History and Civilisation from the European University Institute and is a Fellow of the Royal Historical Society.